The protesters handed over to SAPO representatives the appeal of company employees with about 30,000 signatures to close the case against Bakhmatyuk. 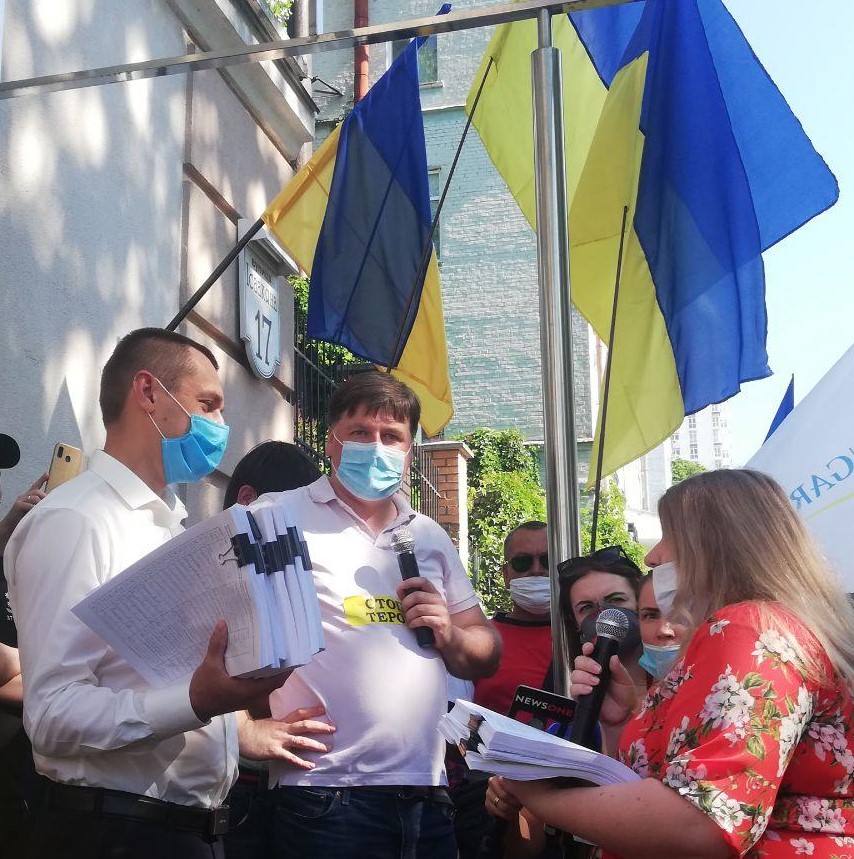 Employees of one of the country’s largest agricultural holdings, UkrLandFarming, owned by Ukrainian businessman Oleg Bakhmatyuk, have rallied outside the building of the Specialized Anti-corruption Prosecutor’s Office (SAPO) demanding that its head, Nazar Kholodnytsky, comply with the ruling of Kyiv’s Pechersky district court and close the case against Bakhmatyuk.
The protesters were standing with the banners saying: “We ask for the protection of the state,” “Protect the agrarian elite of Ukraine,” and were chanting: “Prosecutor – stop terror,” according to an UNIAN correspondent.
The protesters handed over to SAPO representatives the appeal of company employees with about 30,000 signatures to close the case against Bakhmatyuk.
UkrLandFarming Operational Director Halyna Kovtok, who took part in the rally, said the protest would last until SAPO closed the case.
“We will come tomorrow, the day after tomorrow, to meet and see you off from work until a decision is made. Do your job, a month was enough to make a decision,” she said. 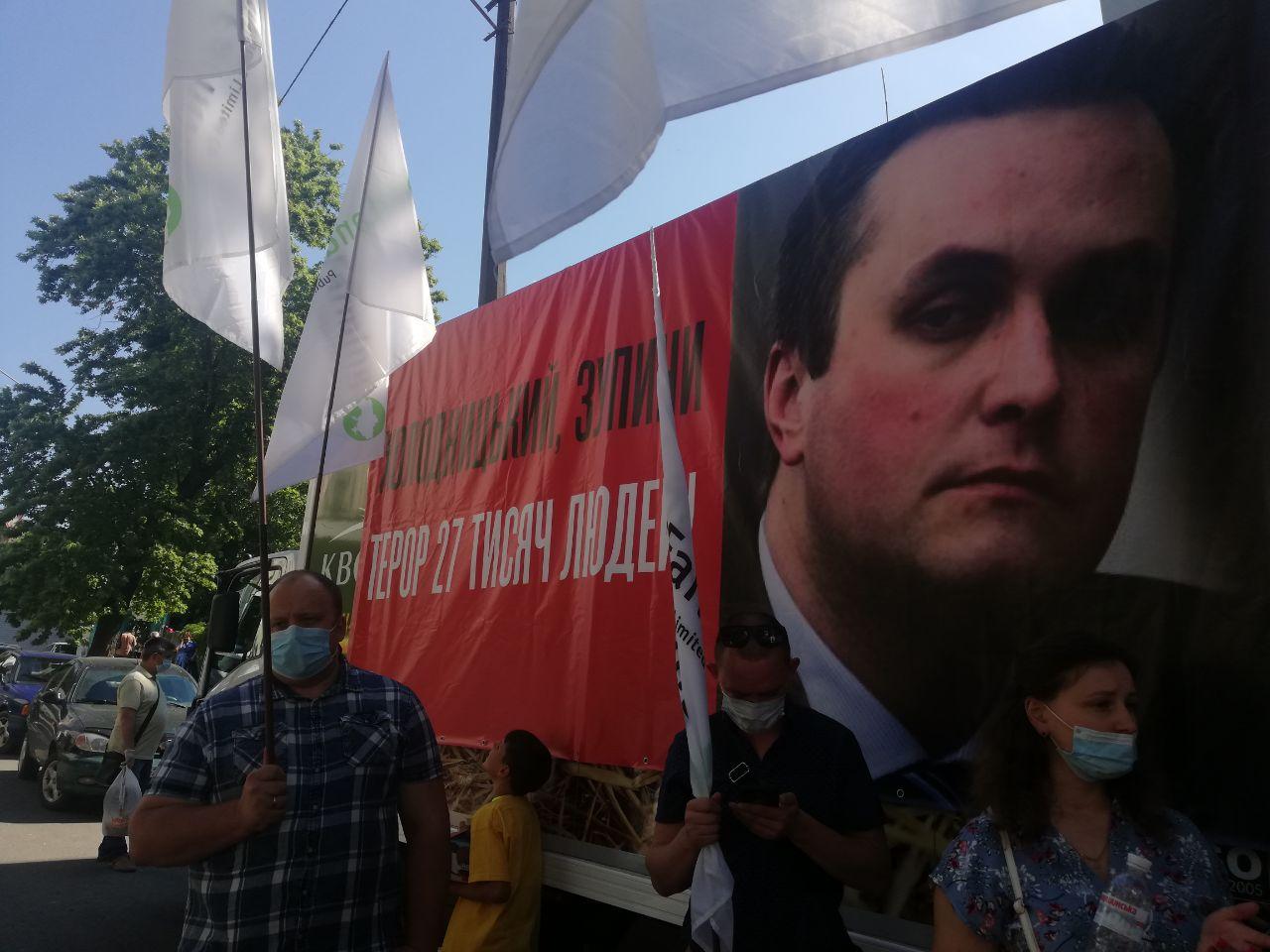 The protesters also demanded the dismissal of Director of the National Anti-corruption Bureau of Ukraine (NABU) Artem Sytnyk over his pressure on UkrLandFarming’s work and directly on its owner.
In particular, lawyer of the agricultural holding Artur Vynhlovsky pointed to NABU’s political interests in this case.
“The situation is very weird. NABU obviously pursues its own political interests, abuses the right to pursue our team,” he said.
As reported earlier, on June 5, Kyiv’s Pechersky district court declared the resumption of the case against Bakhmatyuk by former Deputy Prosecutor General Vitaliy Kasko illegal. The case was opened due to the alleged misuse of refinancing funds provided by the National Bank of Ukraine (NBU) to VAB Bank during the 2014 banking crisis. However, findings of examinations of the Deposit Guarantee Fund and statements by the NBU confirmed that all refinancing funds had been spent for their intended purpose, i.e. they were received by bank depositors.
Now the case must also be closed by the Ukrainian anti-graft agencies.
UkrLandFarming is Ukraine’s largest agricultural holdings, which manages one of the country’s largest fertile black soil banks, engaged in growing crops and livestock farming. It includes the Avangard agricultural group, whose companies specialize in the production of eggs and egg products.