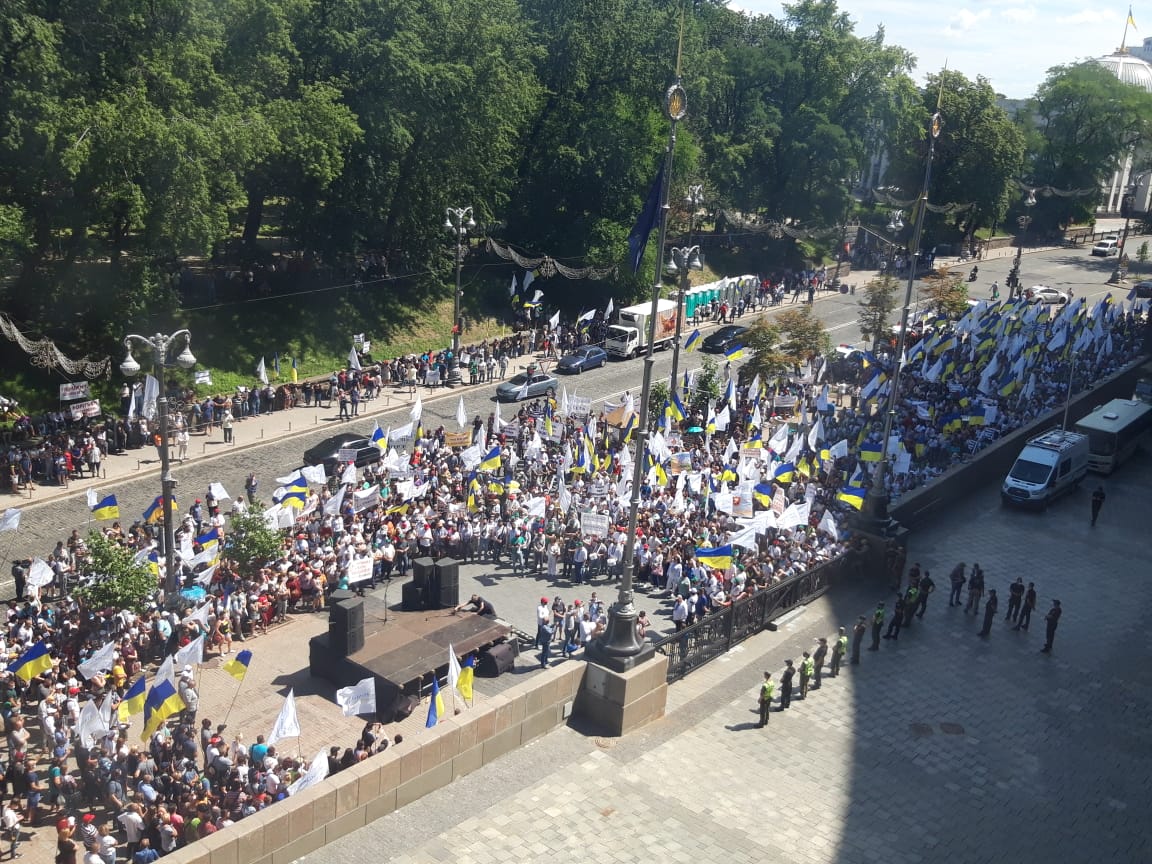 It should be mentioned that an open-ended rally of UkrLandFarming employees began outside the building of the Specialized Anti-Corruption Prosecutor’s Office (SAPO) on July 3. On July 2, UkrLandFarming employees staged a rally outside the building of the Specialized Anti-Corruption Prosecutor’s Office, demanding that the court ruling be enforced and the illegal case against the owner of the company, Oleg Bakhmatyuk, be closed.  UkrLandFarming also handed 27,000 signatures of the company’s employees over to SAPO Chief Nazar Kholodnytsky.
Background information: On June 5, 2020, Kyiv’s Pechersky District Court made a decision, by which it canceled as illegal a resolution issued by Vitaliy Kasko, the former Deputy of Prosecutor General Ruslan Riaboshapka, to reopen the criminal case against Oleg Bakhmatyuk. It concerns the decision to reopen the criminal case on a refinancing loan issued to VAB Bank, which has already been investigated and was closed by a court ruling due to lack of corpus delicti.
On April 15, the High Anti-Corruption Court (HACC) denied the National Anti-corruption Bureau of Ukraine (NABU) in selecting a preventive measure for businessman, ex-owner of VAB Bank Oleg Bakhmatyuk in the form of detention in the case of the stabilization loan issued the National Bank to VAB Bank in 2014, which confirms the illegality of NABU’s actions.